The Evolution of Senior Living in the U.S.

I hope you have been enjoying our new audio podcast, entitled “Aging is a Trip,” which takes a candid, but lighthearted look at numerous aspects of aging and retirement. 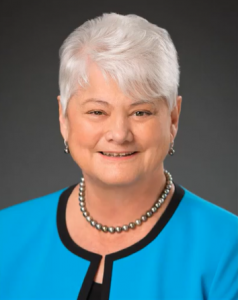 In a recent two-part interview, I was honored to speak with Dr. Keren Wilson, who has a Ph.D. in gerontology and is the creator of the concept of assisted living as we know it in the U.S. Dr. Wilson opened the first assisted living facility in Oregon in 1981.

In 2001, she founded the Jessie F. Richardson Foundation, which improves access to elder care services in regions of Oregon that are lacking resources. She also recently started AGE+, a non-profit that helps vulnerable seniors in rural areas of Oregon with their housing and care needs — people who don’t qualify financially or medically for subsidized housing or Medicaid, but who are on the cusp of poverty and need care services and affordable housing.

The “poor house” and the history of aging in the U.S.

When the country was first founded, it used to be that it was the responsibility of the family to care for an elderly loved one. If they didn’t have a family that could take care of them, then they became wards of the county and were cared for in foster homes. Later on, counties created group homes to care for the growing number of indigent seniors. “This graduated into a system of poor houses or poor farms all over the country,” says Dr. Wilson.

The challenge that developed by the middle of the 20th century was that the length of disability had increased significantly as the field of medicine improved (especially the development of penicillin) and people began to live longer. Additionally, more women began working outside the home in World War II, leaving fewer people at home to care for the elderly. This led to the creation of boarding homes for seniors.

Once Medicare and Medicaid were created in 1965, it meant the counties no longer had to shoulder the financial burden of elder care. The boarding homes for the elderly were then converted into nursing homes in order to get those federal dollars. New facilities were constructed following a very institutional “hospital-like” design — not warm and home-like as the boarding homes had been.

In many ways, we are coming full circle today on how senior living accommodations are designed, getting away from the sterile, hospital feel and readopting the home-like setting of the boarding house. The “co-housing” model is increasing in popularity for this very reason. We are also seeing continued growth and demand for independent living communities for “retirees” — a concept that didn’t really exist prior to the creation of Medicare.

>> Related: Many People Underestimate Their Future Cost of Care

The birth of the assisted living concept

In 1988, the care facility in Oregon created by Dr. Wilson became the first officially licensed assisted living community in the U.S. serving Medicaid patients. Throughout the ‘80s, she had been developing the principles that would form the assisted living concept, inspired by her own mother’s insights and experience with living in a nursing home.

The idea behind assisted living is to provide as much autonomy and independence as possible in a residential environment. This includes sovereignty over such as one’s own room temperature, eating and going to bed when one wants, and allowing personal furniture and beloved pets. But it also provides for any supportive care services that are needed such as help with housekeeping, cooking, dressing, and medication management.

Hearing what people are saying

Dr. Wilson explains how important it has been over the course of her career to listen — listening to the insights offered by her mother; listening to the input from employees of the care facilities where she’s worked; and perhaps most important, listening to the perspectives of residents. “When you’re dealing with human lives, it is important to be responsive to their concerns and issues,” Dr. Wilson notes.

I think this is such a crucial point and takeaway from the conversation that Dr. Wilson and I had. Today’s senior living industry as a whole should continuously seek guidance from those impacted by the choices being made: residents, their families, and staff members. These are the people who are going to have to live with the consequences — positive or negative — of policy mandates and management decisions.

There are so many wonderful aspects to the senior living industry, thanks in part to the hard work and dedication of Dr. Wilson. But just as any successful business must listen to feedback from their customers and act on it in order to fine-tune their product or service, so too the senior living industry must always be mindful of their stakeholders’ opinions about how they are operating. There are always opportunities to listen to residents’ constructive feedback and improve.

>> Related: Choosing a CCRC That Will Keep Its Promises (and What to Do If It Doesn’t!)

How to follow the “Aging is a Trip” podcast

If you are not familiar with podcasts, they are short audio shows that you can listen to anytime and practically anyplace, as long as you have a smartphone or computer. You can “subscribe” to podcasts so that you’ll be notified each time a new episode is released.

Although we hope to have our podcast available on Apple Podcasts soon (which is the most popular podcasting option), at this time, you can subscribe and listen to our podcasts the following ways:

About the Author: Brad Breeding